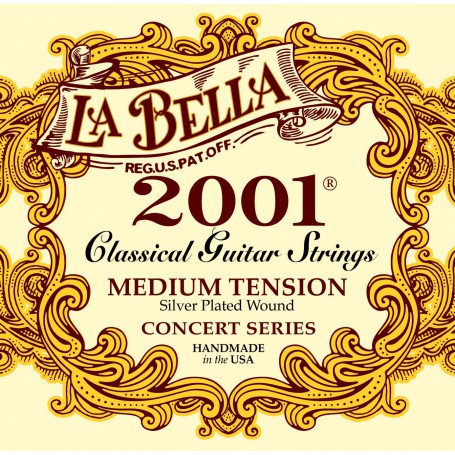 The 2001 Series Classical Guitar Strings are the product of years of intense research and development. During the formulation of the 2001 Series, prototypes were tested worldwide by fine performing artists and teachers. These guitarists expressed a need for classical guitar strings with a greater response, clarity and sustaining power. To meet this demand, La Bella redesigned both the treble and bass strings according to new specifications.

For this new product line company president, Richard Mari Cocco, developed a new synthetic monofilament nylon for the treble strings. Seeking new substances for creating superior strings he would not settle for the materials offered by the allied industries. Instead, Mr. Cocco formulated an innovative material called Nylon 202. Its development coalesced only after months of collaboration with engineers specializing in polymers.
Nylon 202 strings have a superior sensitivity to the touch. They are extruded as a monofilament that will not fray. Strings made with the multifilament properties of carbon fiber can unravel causing finger lacerations. Our new treble strings produce a greater aural transparency and are capable of extraordinary sound projection.

The new design for the bass strings equals the achievements of the high density Nylon 202 trebles. This construction improved the ratio of wire exterior wound wrapping to the nylon filament core. Different from the composition of other strings, these basses produce a clearer and more sustaining tone. The 2001 Series' unique string design surpasses all other classical guitar sets with their exceptional memory for pitch and consistent sound production.

2001 Medium Hard Tension strings are the overwhelming choice preferred by many world famous guitarists and luthiers. They provide all the power and punch one would expect from a much higher tension string. This set has no equal regarding their brilliant sound and wide palette of tonal colors. 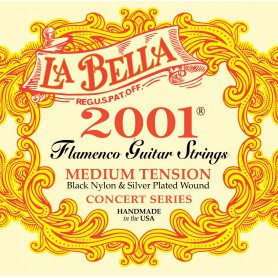 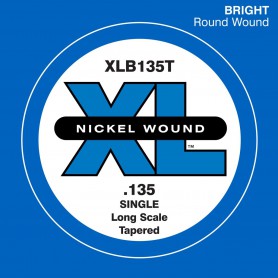 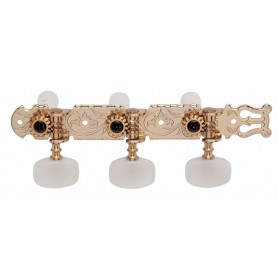 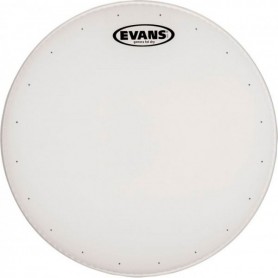 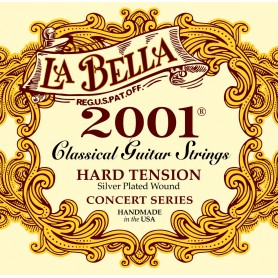 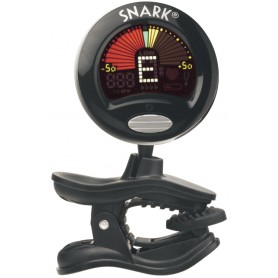 €1.20
Reviews
Nobody has posted a review yet in this language 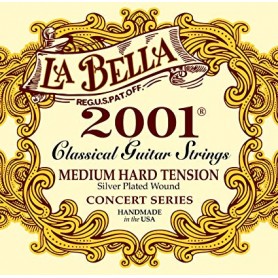 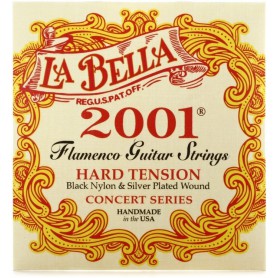 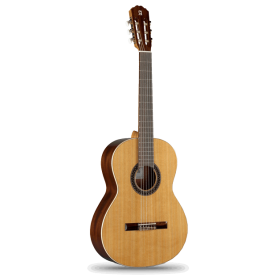